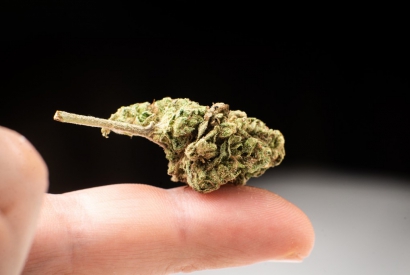 If you've been in the cannabis industry for a few years, you may have noticed it's increasingly difficult to find "pure" sativas or indicas. The vast majority of cannabis strains on today's markets are hybrids. While not all these flowers have a perfect 50/50 split of sativa-to-indica genetics, they are nowhere near the rates in landrace strains like Durban Poison, Afghani, or Thai.

There's no question the cannabis market is moving toward hybridization. While there are some concerns over how more hybrids could affect weed's genetic legacy, many consumers love the more balanced effects these strains offer. It's far easier to customize your smoking experience with more diverse strain combinations.

Five Of The All-Time Hottest Hybrids

Since there are so many hybrids to choose from, it's impossible to list all of the "best" strains in one post. Two tokers rarely agree on what hybrids are "classics." However, the five hybrids listed below have had an immense impact on cannabis culture and the global weed industry. We bet you won't find many cannasseurs who would feel embarrassed recommending the five hybrids below.

It doesn't matter what weed forum, publication, or blog you prefer reading; OG Kush is always featured prominently in "Top Strain Lists." Most notably, High Times gave OG Kush the coveted title of the "Best Strain of All Time." Whether you agree with High Times' assessment or not, there's no denying OG Kush is a fan favorite.

Supposedly a mix of Chemdawg and Hindu Kush, OG Kush has a slight sativa edge with THC concentrations in the 20 percent range. Given OG Kush's relatively even balance, it tends to produce an initial euphoric "chatty" high that gradually morphs into couchlock sedation. This makes OG Kush exceptional for late-day relaxation, especially in a stress-free party atmosphere.

It's hard to pin down the "magic" of the OG Kush marijuana strain. However, most people who use this strain instantly recognize there's something special here. The iconic "dank" and earthy aromatics blend perfectly with OG Kush's almost 50/50 hybrid high. People looking for a highly-rated hybrid experience will find few strains that compare to OG Kush.

Girl Scout Cookies (GSC) shares many traits that make OG Kush a hit hybrid. Why? Well, OG Kush is one of GSC's parents! Most reports suggest the Bay Area breeders at Cookies Family were responsible for making GSC by crossing some OG Kush with F1 and Durban Poison. This mixture results in a 60/40 indica-to-sativa hybrid with way sweeter aromatics than OG Kush.

Don't get us wrong, GSC still has all the unmistakable earthy, spicy, and "kushy" aromatics you'd expect from an OG Kush descendant. However, GSC also has a doughy, sugary, and sweet aroma that has been the base for many decadent dessert strain descendants.

The THC concentration in GSC is typically around 28 percent, making it one of the hardest-hitting hybrids on this list. However, GSC has a slight indica dominance, reducing the odds of extreme paranoia. As long as you have a robust THC tolerance and know your limits, you'll likely fall asleep after taking too much GSC.

Many tokers use GSC as a standby "after dinner" strain for nighttime relief. Since the couchlock in this strain can be intense, please be sure you've got all your work done ahead of time.

Anyone in favor of cannabis legalization should have a shrine for Jack Herer. Born in New York, Herer was one of the most influential cannabis advocates of the 20th century. To this day, Herer's countless articles and books remain essential reading for those interested in the cannabis legalization movement.

Considering Herer's influential role in cannabis decriminalization, it's no surprise cannabis breeders created a strain in his honor. While this hybrid has obvious significance due to its association with Herer, it's also a successful strain in its own right.

Sensi Seeds' cultivators say they used Haze, Northern Lights #5, and Shiva Skunk to create Jack Herer flowers. Most reports suggest Jack Herer has a sativa dominance of around 75 percent, citrusy & earthy aromatics, and a THC concentration in the high teens to low 20s.

While these specs may make Jack Herer seem like a "no-touch" for beginners, it offers a surprisingly well-balanced high. In fact, Jack Herer has been the most influential in the legal medical marijuana market. Many patients and recreational users use Jack Herer's sativa dominance to provide a euphoric "buzz" during the day. While too much of Jack Herer could induce paranoia, it's less likely than other sativa hybrids like Durban Poison or Green Crack.

If you're just getting into sativas, Jack Herer may be right up your alley.

Super Silver Haze is probably the most decorated hybrid in cannabis history. It's an honor to get one High Times Cannabis Cup, but Super Silver Haze managed to snag three of these honors in the 1990s. This skunky & citrusy sativa has certainly gained the attention of cannabis critics, and it has become a highly sought-after hybrid in North American dispensaries.

Unlike some of the other hybrids on this list, Super Silver Haze is unabashedly sativa dominant. While there are traces of indica from the Northern Lights genetics, tokers should prepare themselves for a mostly cerebral and slightly psychedelic smoke. Those with a low THC tolerance may find Super Silver Haze's effects too much to bear, but those familiar with cannabis will likely enjoy the temple tingles Super Silver Haze provides.

Cannatonic may be a controversial choice, especially if you're most interested in THC's effects. Created at Spain's Resin Seeds in 2008, Cannatonic was the first mainstream hybrid with an equal concentration of CBD and THC. Before Cannatonic, cannabis breeders solely focused on maximizing the delta-9 THC concentration for superior psychoactivity. Since CBD blocks THC from landing on the brain's CB1 receptors, it may seem odd to increase CBD's percentage.

Cannatonic almost single-handedly put CBD on the map, and it may have helped inspire hemp-friendly legislation like the 2018 US Farm Bill. Beyond its impact on CBD legalization, Cannatonic has been a significant strain for new cannabis users and medical marijuana patients. This strain's even balance of CBD-to-THC, coupled with its lovely sour & spicy flavor, make it ideal for those prone to paranoia. People most interested in microdosing or gentle stress-busting effects will probably do best with some Cannatonic buds.

So, How Can You Find Your All-Time Favorite Hybrid Flower?

As more hybrids hit the cannabis market, it's getting increasingly challenging to choose which strain is superior. However, a few strains like OG Kush and Super Silver Haze have undeniable star power in this sector.

If you're new to exploring cannabis hybrids, it's best to go slow and do plenty of research on reputable cannabis forums. Look through the average THC-to-CBD concentrations, terpenes, and anecdotal effects to find a strain that suits your preferences and experience level. It may take a while to find a hybrid that meets all your preferences, but eventually you will land on a bud that's everything you've dreamed of.