Is Cannabis Safer than Alcohol?: The Case for the Cali-Sober Lifestyle

As cannabis laws relax worldwide, more and more people are adopting the Cali-sober lifestyle. If you’ve never heard the term before, “Cali-sober” refers to the practice of abstaining from alcohol in favor of cannabis. But is marijuana really safer than alcohol? Let’s take a closer look.

Cannabis vs. Alcohol: Effects on the Brain 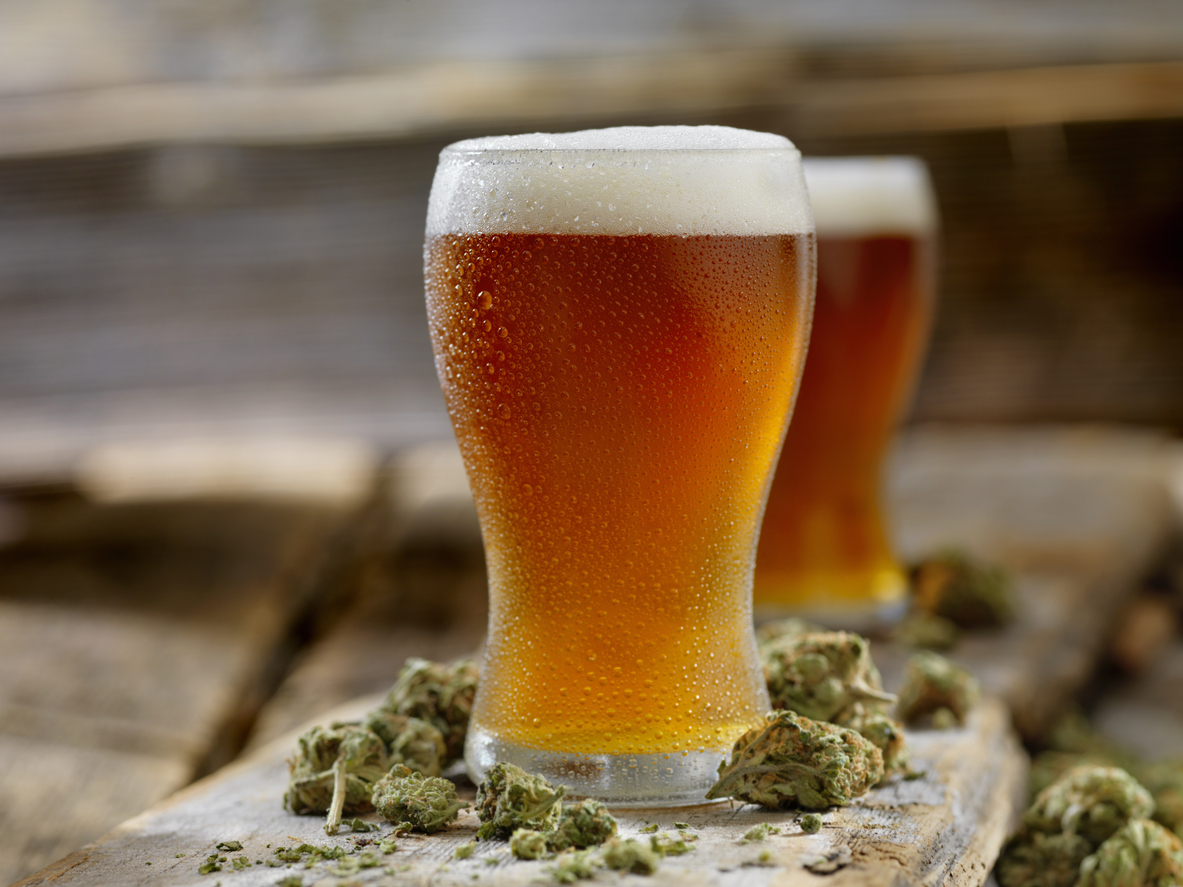 While alcohol and cannabis are both widely used for recreational purposes, they have entirely different effects on the brain. Heavy alcohol use damages the brain in a variety of ways, including:

Anti-cannabis propaganda has told us for years that marijuana kills brain cells. However, cannabinoids may actually protect the brain. Clinical trials in patients who have suffered brain injuries found that cannabinoids rescue dying neurons. In particular, cannabidiol (CBD) is a potent anti-inflammatory agent, which may have significant neuroprotective properties. CBD and other cannabinoids could be life-changing for people suffering from neurodegenerative disorders, such as:

Heavy alcohol drinkers can experience fatal withdrawal symptoms, such as delirium tremens. Marijuana lacks the pronounced physical addiction that comes with alcohol and harder drugs like opiates. Quitting cannabis after long-term use typically only results in sleep disturbances and appetite changes.

There have been no reported cases of death resulting from cannabis withdrawal. Moreover, cannabis may help with alcoholism and other drug addictions. Studies show that substituting cannabis for alcohol and other drugs is useful for harm reduction in cases of addiction. Subjects in a study published in the Harm Reduction Journal reported fewer side effects and better symptom management with cannabis.

The NIH estimated that approximately 88,000 people die from alcohol-related illnesses each year in the United States alone. Nearly 50% of deaths from cirrhosis and other liver diseases involve excessive alcohol consumption. In contrast, there have been zero deaths directly attributed to cannabis in recorded history.

Alcohol use increases the risk of several types of cancer, including:

As alcohol metabolizes, it oxidizes acetaldehyde and creates cancer-provoking carcinogens. Cannabis, on the other hand, has been linked to a decreased risk of bladder cancer and the shrinking of breast tumors.

As we’ve learned from the deaths of some of our favorite actors and musicians, mixing alcohol with certain prescription drugs can be fatal. Cannabis is generally considered safe to use with most prescription medications. Several clinical studies show that cannabis helps chronic pain sufferers reduce or replace dangerous opiate pain-killers.

Keep in mind that CBD may be contraindicated for use with some pharmaceuticals. CBD may react with certain medications, making them stronger and potentially harmful. CBD may interact adversely with prescriptions that commonly include a grapefruit warning, such as:

Alcohol use causes more traffic accidents and fatalities. Although both cannabis and alcohol affect driving skills, drunk drivers cause more than 25% of all auto-related deaths. According to a 2009 study published in the American Journal on Addictions, cannabis users compensate better for their intoxication than alcohol drinkers.

Alcohol is often involved in violent incidents. According to the World Health Organization (WHO), alcohol is implicated in one-quarter of all homicides throughout the world. A Canadian study was conducted to see how certain addictions are related to violent behavior. While the study found no significant correlation between cannabis and violent behavior, the researchers concluded that alcohol use plays a significant role in violent actions.

A more recent study examined the impact of marijuana legalization on crime rates in Colorado and Washington. The study showed no evidence of increases in violent or property crimes after cannabis legalization. It seems that the “reefer madness” propaganda of prohibition has no basis in fact.

Alcohol is one of the leading causes of obesity. Alcoholic beverages are high in calories, and heavy alcohol users don’t typically engage in much physical activity. Sporting a beer belly isn’t just a matter of aesthetics. Excess abdominal fat also collects around the internal organs leading to increased risk of heart disease, asthma, stroke, and diabetes.

Despite the fact that cannabis use increases appetite, research finds less obesity among cannabis users. According to two studies published in the American Journal of Epidemiology, cannabis users have smaller waist circumferences, lower Body Mass Indexes (BMIs), and less propensity to be obese.

Mounting evidence highlights the contrast between the dangers of alcohol and the relative safety of cannabis. According to a 2016 global study, alcohol is one of the leading risk factors for disability and death. Meanwhile, a long-term study published in the American Journal of Public Health found that marijuana users had no increase in death rates due to cannabis use.

You may be wondering why alcohol is legal and widely available, and cannabis is just emerging from long-term prohibition in most of the world. The reasons for cannabis prohibition were political. One of the most important contributing factors was the surge of the petroleum industry and the development of plastics. Chemical manufacturers, such as the DuPont petrochemical company, aimed to replace rope, textiles, and other hemp-based industrial goods with their own products. To find out more about the history of cannabis prohibition, read The Emperor Wears No Clothes by Jack Herer.

Are you ready to try the Cali-Sober lifestyle? Here are some tips for first-time cannabis users: